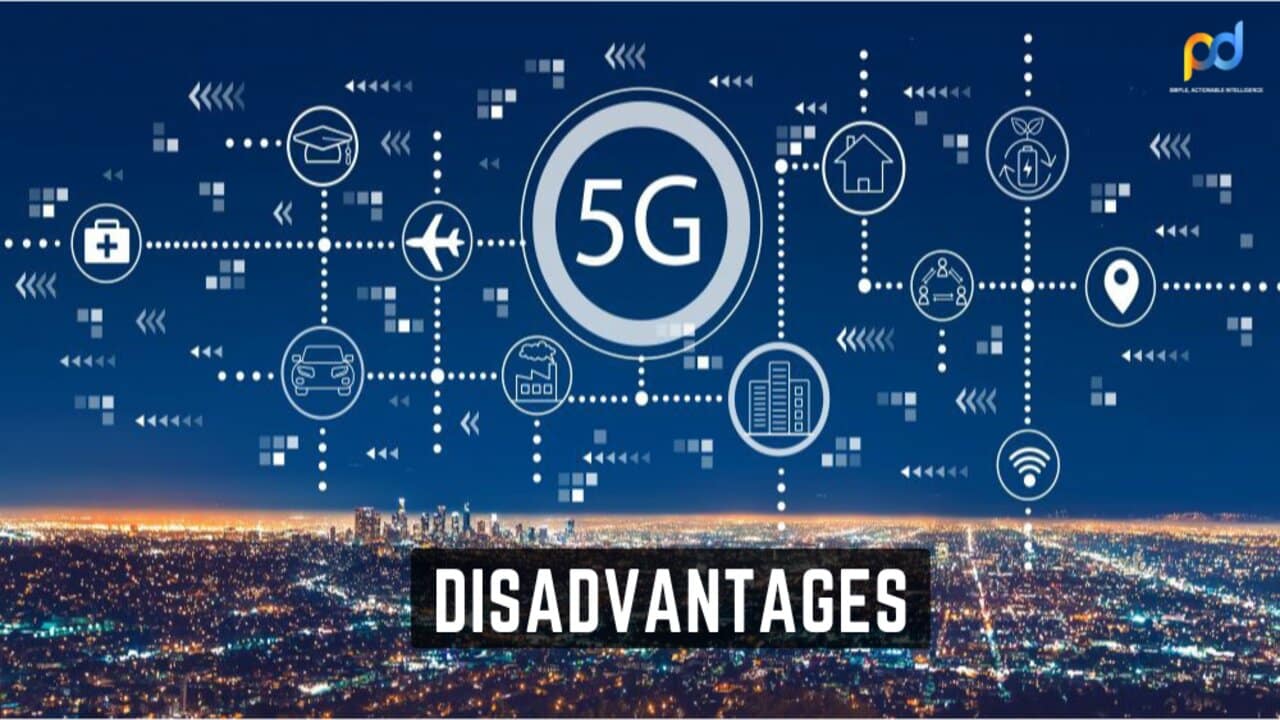 How Disadvantageous Is The Latest 5G Network?

The 5G Network of mobile technology is rising as a superior communication network that has promised to deliver more increased speed, accuracy, and coverage. This technological innovation is delivering the reality of the “Internet of Things” (IoT). This is because it can now handle several more devices all at the same time. Let's get to know a bit more about 5G.

The Idea Of 5G

A new level of connectivity was brought with the last four generations of communication, where 3G and 4G worked more on the improvement of mobile data. So, 5G wishes to carry on with this trend and extend its use for mobile broadband access as well. It is being said that 5G is slowly but steadily replacing 4G completely.

5G will flourish with advancement in technology. It is expected that developments like the Internet of Things (IoT) will grow with the advent of 5G. The up-gradation to 5G from 4G is a good concern for people who are using the cellular connection. So it is prudent to understand the cybersecurity that is being offered by 5G and its disadvantages.

How Is 5G Different From 4G?

There are few differences between 4G and 5G that are mentioned below.

From the above-mentioned differentiation, it can be concluded that 5G is ahead of 4G in the cellular network. But 5G is hard to install as the transmitters needed are huge. So it is a major downside to replace 4G completely now.

With the advent of any new technology, there come pros and cons. Similarly, the 5G network comes with some major setbacks that we will be discussing below.

The range required for any 5G network is not that great. This is because it is becoming difficult for the frequency waves to travel short distances. Added to this is the fact that there are many physical obstructions that provide hindrance in the 5G frequency. These physical hindrances include trees, towers, walls, and also buildings. These hindrances either block, rattle or absorb the high-frequency signals. But to counter this problem major telecom industries are expanding their existing cell towers to broaden the broadcast distance.

The total cost for establishing and developing the 5G infrastructure and also adapting the already existing cellular structure is going to be high. These amounts will further be comingled by the processing maintenance cost that is required to make sure high-speed connectivity. And it is obvious that these high price tags have to be borne by the customers availing this service. But the cellular providers are finding alternatives to cut these costs low in the form of network sharing.

The 5G network may bring actual connectivity but that is likely to stay constrained within the urban areas. Those who live in the rural structure will not be benefited from this connectivity. Initially, the 5G providers are going to target big cities that have a huge population to avail it and eventually will work their way in the rural areas. But this is not going to happen soon. So we can say that only a part of the population is going to benefit from the advent of the 5G network.

When it comes to 5G cellular use it is seen that the phone’s battery is not staying for long. There needs improvement in battery technology of this connectivity where the phone availing this network will be charged for a full day.

There Is No Match Between Upload And Download Speed

The download speed of the 5G network is fabulously high. In many cases the speed is 1.9Gbps. But in contrast to that, the upload speed is nearly 100mbps which is not as great as it was thought to be. But if compared to the existing mobile connectivity then the upload speed is higher.

Detracting From The Aesthetics

What The US Intelligence Agencies Have To Say

There was an analysis that was conducted by the US Intelligence Agencies on the advent of a new generation connectivity the 5G network. The analysis aimed to discover and also determine the risk and vulnerabilities that have been introduced with the adaptation of the 5G network.

Recently this report was published by the U.S. National Security Agency (NSA), which was in partnership with the ODNI (Office of the Director of National Intelligence) and the DHSis (Department of Homeland Security) Cybersecurity and Infrastructure Security Agency (CISA).

The report said "As new 5G policies and standards are released, there remains the potential for threats that impact the end-user. For example, nation states may attempt to exert undue influence on standards that benefit their proprietary technologies and limit customers' choices to use other equipment or software."

Categorically the report alludes to the improper impact from the adversarial nations on the improvements in the standard of technology. This may lead to the procurement of untrusted custody technologies and equipment that can be difficult to replace, update and repair.

The second concern as highlighted by NSA, ODNI, and CISA is the idea of the supply chain. Amenities collected from third party suppliers, vendors, and even service providers can be tampered with security lags and malware that are injected during the early improvement process.

"Compromised counterfeit components could enable a malicious actor to impact the confidentiality, integrity, or availability of data that travels through the devices and to move laterally to other more sensitive parts of the network,"  the report said.

A study that was published by AdaptiveMobile in March 2021 emphasized on the security lags in the slicing models can be reposed that will enable the access of data and will also conduct denial of services attacks between various network slices on the 5G network of a mobile operator.

The report further detailed "To reach its potential, 5G systems require a complement of spectrum frequencies (low, mid, and high) because each frequency type offers unique benefits and challenges. With an increasing number of devices competing for access to the same spectrum, spectrum sharing is becoming more common. Spectrum sharing may provide opportunities for malicious actors to jam or interfere with non-critical communication paths, adversely affecting more critical communications networks."

With the advent of any new technology, there will be initial drawbacks as the system becomes more cultivated. But the benefits of the 5G network can not outweigh its drawbacks. The enhancement in speed and reliability in 5G will only contribute to the increase in the development of its infrastructure.