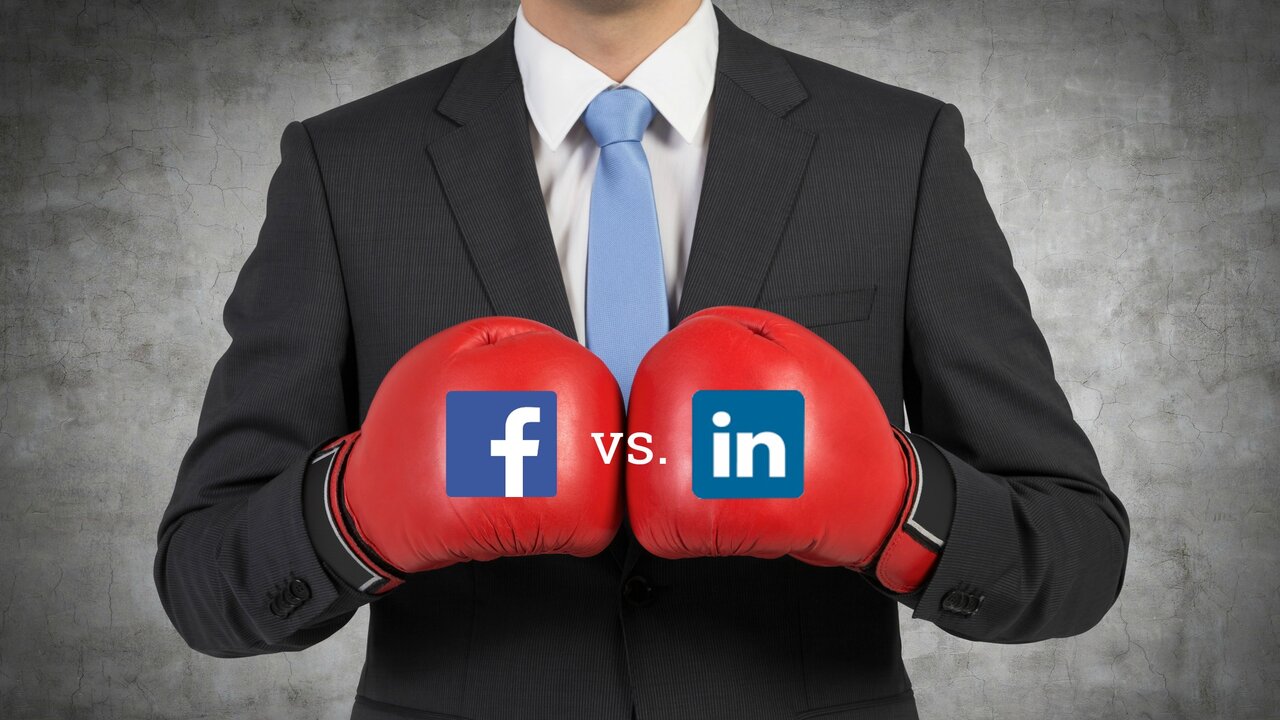 Facebook Vs LinkedIn: Which Is Better For Social Media Advertisement?

Facebook and LinkedIn both can be called the powerhouse of advertising for businesses. However, the advertising potential of both these social media platforms is distinct from one another. Their advantages and disadvantages are also different from one another depending on the audience you are trying to reach. So let us find out which among the two is better for social media advertisement in the competition Facebook Vs LinkedIn.

More than 2 billion users across the globe and 50 million businesses use Facebook as a means to create their social presence. Facebook has become the loader in the social media province. Their success eventually evolved by expanding the advertising network, which is estimated to generate $21.57 billion in revenue in 2018 alone.

After Facebook took ownership of Instagram, the opportunities to publish social media paid advertisements also widened up. It is important for people to understand that when someone publishes an ad through Facebook, that can be promoted through Facebook, Instagram as well as Messenger at the same time. All that is required to do is to start the ad from Facebook ad tools. This reduces the marketing effort of the promoter and Facebook does the rest of the work.

While building ads on Facebook there are a few options available:

Facebook’s audiences can be segmented by distinct details such as:

One can further distinguish between audiences by targeting their audiences who recently viewed content on their website.

The charges that the advertisers have to pay are decided on the basis of CPC (Cost per click) or CPM (Cost per mille) CPM refers to the cost and advertisers pay for one thousand clicks or views from an ad. These ads depend on various factors: demography, the size of your target audience, and the social media network itself.

The charges for promoting an ad on Facebook are cheaper compared to any other social media platform. The approximate CPC and CPM of Facebook ads are $0.27 and $4.03.

How to evaluate the results obtained from Facebook ads?

The below are the points with which one can evaluate the results that have been obtained from Facebook ads and can judge their efficiency.

LinkedIn is widely known as the largest professional network in the world. Its advertising platform is another important asset to marketers. With above 450 million users, LinkedIn is growing its advertising periphery alongside Facebook. While facebook acts more like a social media platform, LinkedIn is a network for business solely.

While building ads on LinkedIn there are a few options available:

LinkedIn follows the same structure as that of Facebook when evaluating the response driven from the ad campaign. But in the case of LinkedIn, the Cost per click is a bit higher than that of Facebook. On LinkedIn, it is $6.50 per click.

How To Evaluate The Results Obtained From Linkedin Ads?

The below are the points with which one can evaluate the results that have been obtained from LinkedIn ads and can judge their efficiency.

Now that we have seen both Facebook and LinkedIn platforms separately, here is a thing that should be kept in mind while preparing for your social media advertisement.

It is very important to decide which social media platform is ideal for the advertisement one is wishing to promote. For that, the most important thing to do is to evaluate the genre of the audience present in each social media. Accordingly one should give out their ad. For example, if your ad is targeted more towards businesses then LinkedIn is a good option but if it is targeted more towards consumers then Facebook is the better option.

Along with that budget is also an important parameter. Depending on the budget the advertiser should give their ads. Since both the platforms differ in pricing so evaluating the cost first and then giving the ad is better. Also, choosing the best social media advertising company in this regard will be beneficial as they make this work much easier and effective.

Facebook and LinkedIn social networking websites are good for social media advertisement in their own way. There is no winner in Facebook Vs LinkedIn. While Facebook drives more traffic in consumer-oriented ads, LinkedIn drives more traffic for business-oriented ads. But since both the platforms have a very high number of users, both are a good option and it is up to the advertisers to decide which one to go for based on their preference.