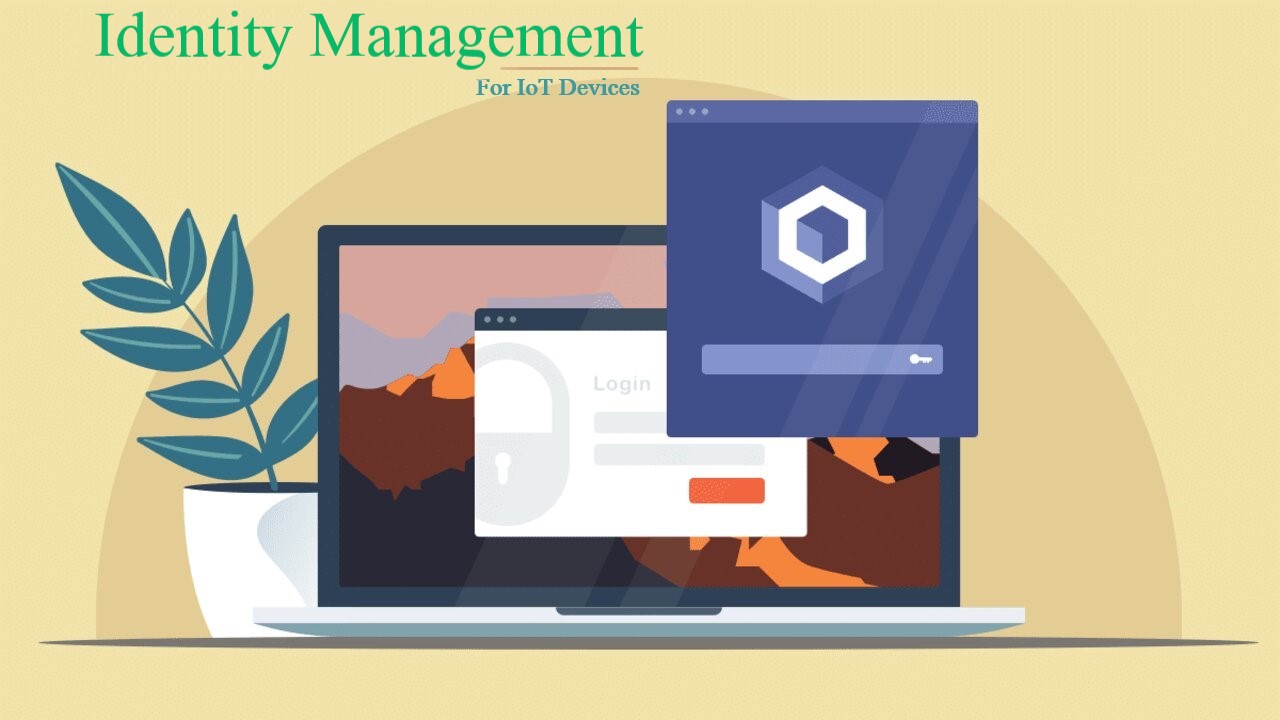 The Internet of Things, commonly known as IoT offers countless opportunities for business of all sizes and variants by increasing tier market competency, aiding in long-lasting and robust consumer relationships as well as discovering the brand new market opportunities. However, IoT has been a pretty significant challenge worldwide owing to the fact that these devices are widely used these days in several business aspects. Thus, identity management for IoT devices is crucial for all the businesses out there.

It has been seen that the security challenges transform into something more gruesome in all of those industries where device authentication credentials and handling the configuration are inconvenient. This forces the companies to develop strong protocols for authentication communication offering integrity and confidentiality protection through identity management for IoT devices. If this particular thing is left out, then the hackers get the opportunity to modify the messages that are in transit or can even steal critical data by means of eavesdropping.

To put it simply, strong authentication protocols make sure that all the devices connected to the IoT network can achieve their intended objective. Each of the devices seek for a unique identity that is authenticated when it attempts to connect to the central gateway or server. This unique ID permits the system administrators to monitor individual devices throughout its lifecycle, revoke the privileges and constantly communicate with it, in case it acts with an evil intention.

The IoT network permits diverse devices to connect, perform collective actions, and share critical information, which impacts the health of a business in a positive manner. These additionally increase the efficiency, reduce the operational expenditure, improve profitability and  aid in developing better customer relations.

However, there are a couple of superior points that the hackers might exploit to hack into the IoT networks. Below are the top 5 cybersecurity challenges you need to focus on:

1. Irregularity Of Updates Or Patches

The IoT devices are considered secure when they hit the shelf. However, in an era where the cybersecurity landscape is changing each second, the businesses are required to develop as well as release the updates and patches periodically in the bid to keep them absolutely safe forever. The consequences of the IoT device attacks can often prove to be life-threatening for the companies. Here is a list of the devices that have already been proven vulnerable to the IoT attacks and requires IoT patch management:

In the bid to boost the trust levels of the consumers, the companies are required to develop new updates and patches so that the critical issues can be fixed properly on time.

The manufacturers most often fail to install the automatic bug reporting systems to the IoT devices. These systems simply log and report data to the product development team for resolving the problems way before they know about them.

For instance, consider a washing machine that is experiencing some unusual levels of vibration following two years of purchase. Suppose the washing machine is built with a low cost accelerometer and thermometer and is connected with the servers of the company. In such a case, a bug report will be created and sent to the technicians who can then rework the design as well as offer replacement motors to the customers who have not yet experienced any faults.

A couple of years back, the Vectra Networks have publicly announced that the IoT devices like the WiFi security web cameras can also be hacked for stealing the private data of a company. Furthermore, the hackers can also reprogram the devices as the permanent backdoors that the traditional security procedures and methods cannot usually detect.

The hackers are not required to worry regarding the intrusion prevention systems, antivirus software, and firewalls as the IoT devices neither possess a memory nor require the processing power for running any security software. The statistics have revealed that a cyberattack takes place every 39 seconds and with the expansion of the IOT systems, it is going to increase day by day.

The Annual IoT Report of Zscaler displayed that the unauthorised devices known as the shadow IoT devices, are on the rise. The major challenge that is associated with them is that the IT experts are mostly unaware of the devices that are not any part of the corporate IoT network and their effect on the overall security architecture.

The unauthorised in-car multimedia systems, smartwatches and IP cameras are all included in this category. As the IoT is bridging the gap between the real and virtual worlds, the protective walls that had been existing are slowly falling down. This means that the number of cyberattacks will continue to increase in the coming years.

The weak authentication can be considered as another critical example of the inefficient identity management for IoT devices. Various devices like the security cameras have been programmed with the default passwords that are quite easy to hack and also deploy the malware. Often the companies neglect taking required security measures for the low-cost IoT devices. This might cause severe damage to their online reputation and offline one as well as financial health if hacked.

How Can Businesses Manage Credentials Or Identities For IoT Devices?

The companies on an urgent basis are required to consider the IoT device security as their topmost priority. This also entails ensuring the data confidentiality, creating the trustworthy device identities as well as maintaining the data integrity at all possible steps.

The manufacturing teams can also achieve these objectives by employing the elements for encryption, code signing and authentication. Below are the ways in which businesses can conduct identity management for IoT devices:

1. Creating Unique Credentials/Identities For Each Device

There are requirements to possess mutual trust between the user and the manufacturer that the information that they have received is authentic. One of the most effective methods to do this is by issuing the unique identities via the digital certificates for individual IoT devices. This method is far better than using the default passwords as they are quite simple to break open.

In addition to this, it is also more reliable than the shared keys for symmetric encryption as they fail to differentiate between the various devices. On the other hand, the digital certificates offer an unique authentication method for each of the IoT device that offers two benefits:

✅ The manufacturers can share the critical data as well as updates with a specific device.

✅ The manufacturers can confirm the authenticity of the information that has been sent from the same device.

Asymmetric cryptography is mostly used for creating unique digital certificates for the IoT devices that generate the public and private key pairs. These private keys are required to be stored securely by the manufacturers. The Trusted Platform Module or TPM technology offers a hardware-based secure crypto processor that protects the digital certificates as well as the cryptographic keys.

The companies that are dealing with the IoT devices must invest in this technology as it aims to eliminate data encryption-based redundancies and offers 360 degree protection to the private keys.

There always remains the threat of the hackers pushing the malicious software updates into the IoT devices. The manufacturers can also eliminate this threat by needing the services to verify any of the new software or the firmware authenticity prior to their installation. For doing this, the manufacturers have to sign their respective codes using a digital signature that is obtained via a private/public key pair.

This process is relatively simple where the IoT device would require a public key that must match the private key of the manufacturer. This offers dual benefits:

✅ The device will verify that the data or update has been sent from the manufacturer.

✅ The device will also verify that the data or update has not been modified during the transit.

Thus, the code signing protects the IoT devices from installing the malicious software from the unverified third parties.

4. Establishing An Organisation-Specific Root of Trust or RoT

The encryption keys are held within the Root of Trust or RoT. This helps to perform the initial identity validation while issuing the new keys and the digital certificates. A company-specific RoT also enables the manufacturers to monitor the identity validation process for any person or even the devices that they issue an encryption key for. This also permits them to set the parameters for the identification verification that increases the trust significantly.

Integrating Biometrics With The Internet of Things

With the huge amount of exchange of data taking place per day, the industries require a more secure and encrypted way to interchange their data. Biometrics is already conquering the authentication world. With biometrics, the process of verification can be enhanced by integrating it with the IoT.

Since the inception of IoT, it has reduced the possibilities of hacking as well as illicit data transfer to a great extent and has also been an immense help to the diverse sectors. Biometrics also offer a secure method to transfer data. The characteristics that are identified by the biometric scanners, one of the top Internet of Things examples, are quite unique making it almost impossible to replicate.

How Will The Industries Be Benefited From The Biometric-IoT Integration?

Due to the technologies such as cloud based technology, Machine Learning (ML) and the conversational Artificial Intelligence, the execution of the IoT biometric integrated devices in the industries have been made possible. The primary benefits of the biometric systems with the IoT are mentioned below:

The Advantages Businesses Can Enjoy Through IoT And Biometric Enabled Devices

The following are the advantages or benefits that the businesses can definitely enjoy if they are focusing on the Biometric and IoT enabled devices:

We reside in a world that is dominated by various smart devices. The intelligent machines have become a part and parcel of each industry. However, it has also increased the presence of the hackers significantly who attempt to steal the critical business information. The companies must also employ a Public Key Infrastructure (PKI) program that will strengthen the IoT security via authentication, code signing and encryption permitting them to introduce the new products speedily in the market while keeping the top-notch security standards undisrupted. In addition to this, identity management for IoT devices is equally important to safeguarding your data from malicious hackers.