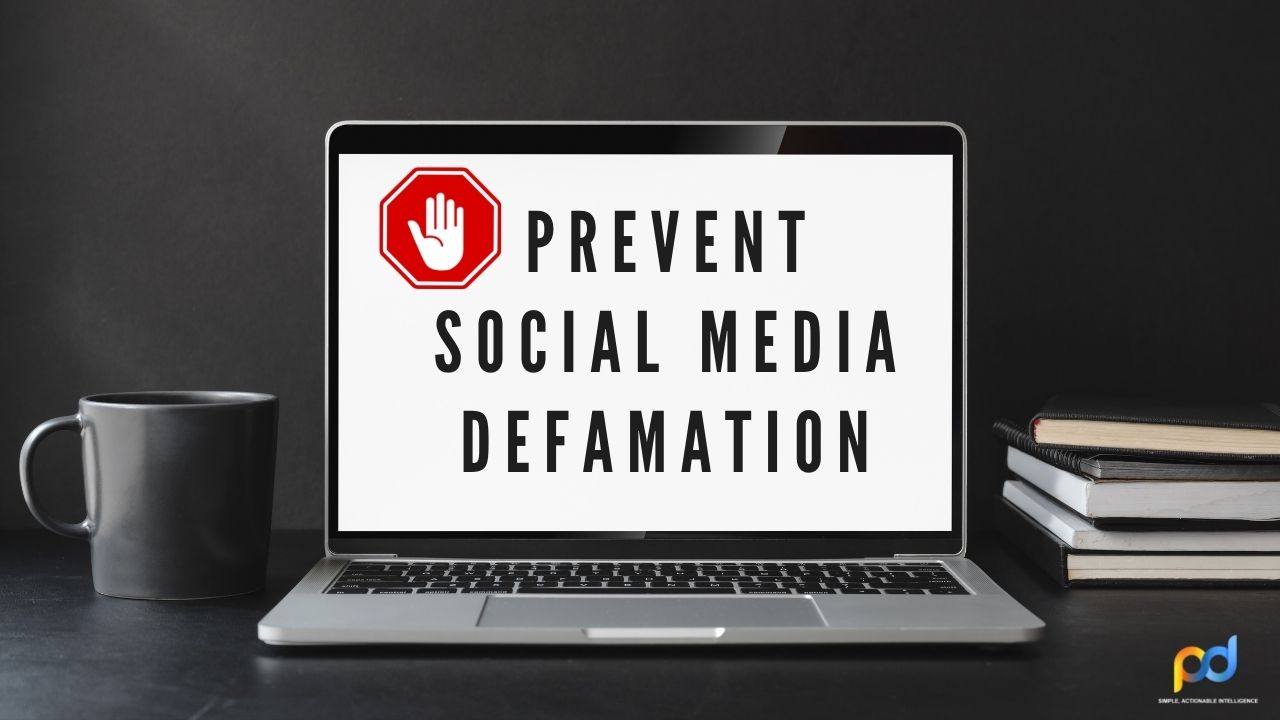 How To Prevent Social Media Defamation

Here in this article, we will know about the concept of defamation and its effect on any brand or personality. Additionally we will know the difference between libel and slander defamation in details.

What is Social Media Defamation?

Defamation refers to any false accusation made to a third party that can cause damage to their reputation. As discussed earlier it is primarily of two types: libel and slander.

Social Media defamation is a term that describes any published social media content to cause damage to a person’s or business’s reputation. This type of defamation is commonly termed as libel defamation as this includes writing things on the internet.

The most common social media platforms where defamation can happen are:

Impact of social media defamation on business or individual

Today in the 21st century, the internet is an integral part of everybody’s life. Nearly every corner of the earth has got access to the internet. So it has rapidly become a medium for exchanging knowledge and viewpoints. Creating a positive web presence is easy now and tarnishing it is easier. This big impact the internet has on our lives.

A 2020 study shows that over 3.6 billion people are using social media worldwide. It has become a medium to interact with one another so it makes sense that any attempt to harm an individual’s or a business’s reputation online surely can be done.

Despite these, there are few bad players that use their social media accounts to harass and defame others. This is possible because social media allows people to create anonymous accounts through which they can defame people and they are hardly traceable.

What can happen if you do not take social media defamation seriously?

There have been many instances when defamation was not taken seriously. That can land the person in serious trouble. It may cause:

Someone who is trying to defame someone in social media may face the following consequences:

Since the loss caused to the victim is potential he can surely take legal actions against you. Defamation suits not only apply to businesses, but it is also applicable to any individual.

Depending on the condition of harm caused by the “online shaming”, you may be charged with cyberbullying or other violations of criminal statutes.

There may be instances when you post any defamatory statement about someone on the hit of the moment. Later after seeing the damage caused to that person you may get into mental shock or even feel guilty.

In 2018, Tesla founder Elon Musk tweeted about British cave diver and expert, Vernon Unsworth. That year Mr. Unsworth was credited with rescuing 12 Thai teenagers from a cave that was flooded during the summers.

Musk’s tweet referred to Unsworth as a “pedo guy”. Unsworth filed a lawsuit in California soon after that based on that tweet since the tweet was made from Musk’s official account. In the end, the jury gave the verdict that the statement made by Musk did not meet the legal standards of defamation and so no legal actions were taken against him.

Protect Yourself From Social Media Defamation

Social media defamation keeps the ability to destroy people’s lives and close the doors of businesses. Protecting yourself from social media attacks and negative content is very important today.

When you report any such defamatory content, always be ready to explain why you reported that particular content. If you cannot do that then the report is of no value. But lastly, it depends on the online platform whether they will be removing that or not.

As we move more towards the digitized world, we get more prone to online threats that include defamation. So you will need a Digital Risk Protection service. It is like the locker in your house. It will protect your online reputation and will inform you if there is an online threat that is waiting for you. There are some protection services that constantly monitor your social media platforms and send you an instant alert if they feel any social threat or defamatory action is being carried out against you.

Social media defamation is now a common threat for all users of social media. They are generally libel defamation. Libel defamation in social media can completely ruin the image of a personality or a business. There are various laws that can be enacted for defamation and legal actions can be taken against the culprit. Online Reputation Management can also help in this regards.